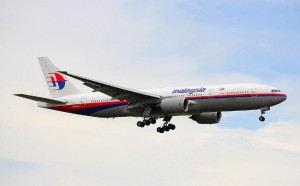 A series of fire-damaged items, allegedly belonging to the ill-fated Malaysian Airlines Flight MH370, have been found washed ashore in the island of Madagascar, thousands of miles away from the presumed crash site.

The items appear to show damage clearly done by fire or high temperatures, which may prove a breakthrough in the thus far stalled search for the truth of what really happened on board the fateful flight.

MH370, a Malaysian Airlines Boeing 777 aircraft with 239 on board, vanished on March 8 2014 while en route from Kuala Lumpur to Beijing, in what proved to be one of the biggest mysteries of modern aviation.

The flight disappeared without a trace after veering wildly off course, and it is presumed to have crash landed somewhere in the far reaches of the Indian Ocean after running out of fuel.

Though several theories and conspiracy stories have emerged since the event, no hard proof exists yet as to what really caused the accident.

If these latest remains are positively identified as belonging to MH370, it could provide investigators with a definite line of inquiry into the two-year long mystery.