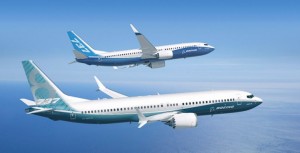 Who wouldn’t want to hop over the pond for a weekend Stateside on the cheap?

Norwegian Air Shuttle (trading name Norwegian) has announced that a new era of low-cost, no-frills air travel across the Atlantic may be upon us.

The airline, the third largest low-cost carrier in Europe, has said that passengers may be able to fly from Cork to Boston from as little as €62 from March 2017. The carrier has provisionally booked departure slots at Cork Airport, pending approval by local authorities.

According to a statement released by Norwegian, the airline is awaiting for the delivery of a new fleet of brand new Boeing 737 MAX aircraft. The MAX model is a fourth-generation 737 series, featuring a new engine type and several aerodynamic enhancements that will greatly improve fuel consumption efficiency and flying times.

Similar to WOW, however, the low nominal fares might be offset by higher than normal luggage and seat booking fees.

Nevertheless, if the Cork slots are approved, we may soon be able to fly off to the States on a tight budget.