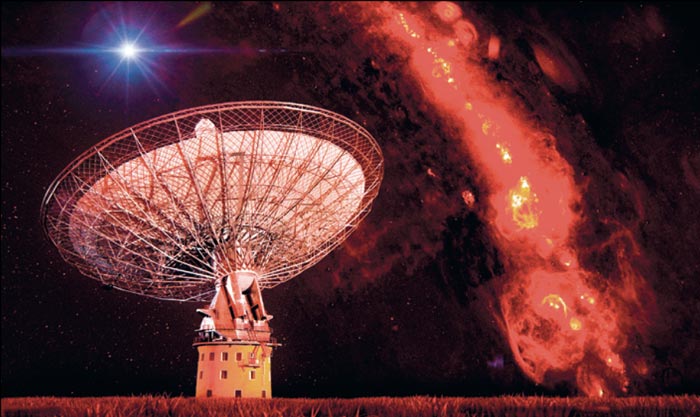 Our Universe is full of weird and wonderful things.

A number of incredibly strong radio signals detected by Earth’s telescopes have baffled astronomers and researchers for some time.

Fast Radio Bursts (FRBs) are powerful radio blasts lasting for a few milliseconds only, first noticed when reviewing long-range telemetry data from 2001. Since then, twelve more such signals have been picked up.

The peculiarity of FRBs is that they appear to be one-off events, originating in a single location. The vast energy of these events equals to roughly that of five hundred million suns.

One thing that astronomers do know is that the signals come from outer space, as far as 5.5 billion light years out. Local interference has been categorically ruled out. This is significant, as previously thought ‘alien messages’ turned out to be interference caused by a site’s microwave oven, for instance.

But so far, researchers have been unable to agree on the source of such signals. An existing theory is that they are emitted when super-dense objects like black holes or neutron stars collide.

Another, far more interesting theory, is that the signals are artificial and the energy released is being used to power gigantic alien space craft. This theory gains traction given the fact that FRBs are arranged in a very peculiar pattern that does not conform to current understandings of astrophysics.

Telescope equipment is now been fine-tuned to look further into the FRB phenomenon, as astronomers are keen to pinpoint its origin.