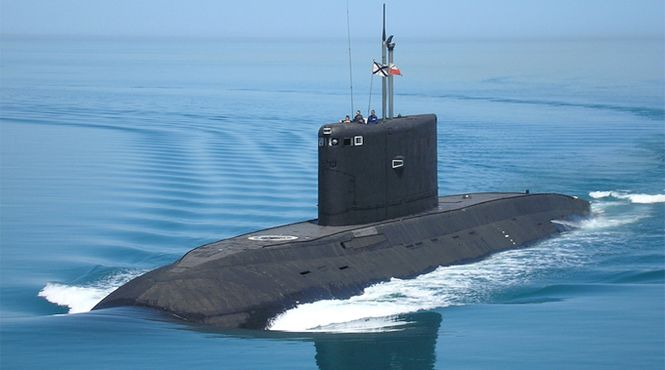 The craft, named Kolpino and Velikiy Novgorod, feature ultra-silent diesel-electric engines, and are designed to operate against surface and submerged vessels.

These new additions to the Russian fleet in the Mediterranean pack a powerful punch. Their weapon loadout includes Type 53 torpedoes -each equipped with a 700lb high explosive warhead-, mine laying capabilities, and Kalibr cruise missiles.

Kilo-class vessels first entered service in 1980. The design was intended for anti-shipping and anti-submarine warfare in relatively shallow waters.

Russia maintains a large maritime force on station in the Mediterranean, including the aircraft carrier Admiral Kuznetsov, from which the Soviet air force carried out a number of bombing sorties into Syria.