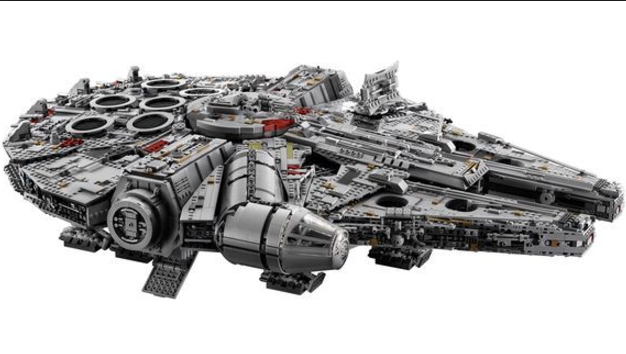 LEGO has just announced its latest addition to the Ultimate Collectors Series (UCS), and it’s the largest and most expensive set ever released.

Ahead of the arrival of Star Wars: The Last Jedi, the new chapter in the long-running sci-fi saga, LEGO has created a new Millenium Falcon set.

Clocking up at over 7,000 pieces, the legendary craft includes massive amounts of detail and moving parts, along with a number of classic minifigures like Han Solo and Princess Leia.

The bad news is that this magnificent set will cost somewhere in the region of $800, so it will be one for hardcore builders with very deep pockets indeed.