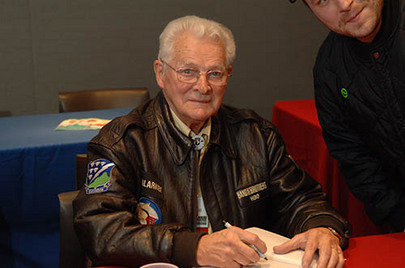 The war veteran parachuted with his unit into France in the early hours of D-Day, tasked with destroying a German FLAK battery of 88s zeroed in on the Normandy beaches, an action dramatized in the Band of Brothers episode ‘Day of Days’.

Malarkey saw action in France and the Netherlands, notably in the defence of Bastogne during the Battle of the Bulge in 1944.

He remained in contact with other Easy Company veterans after the war, and attended the unit’s last reunion in August of this year.

Malarkey was portrayed by actor Scott Grimes in the award-winning HBO production Band of Brothers.

The war hero passed away from natural causes at the age of 96.