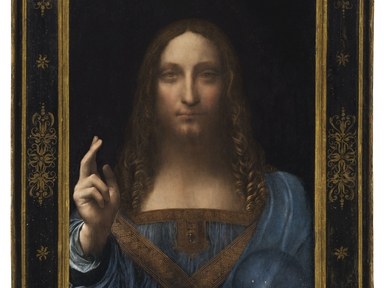 Salvator Mundi, the last painting attributed to Leonardo da Vinci, has broken all records after the piece of art fetched an incredible $450m at auction, well above the expected $100m.

The painting, which once sold for just $60 at a 1958 auction at Christie’s, has changed hands multiple times during its long and fascinating history, with most owners unaware that it was a da Vinci original.

Painted circa 1515, Salvator Mundi ( Latin for ‘World’s Savior’) features an image of Jesus Christ dressed in Renaissance attire. Art historians were aware of the painting’s existence, but most outside art circles would not have known the treasure they had in their hands. Experts believe that fewer than 20 da Vinci paintings remain in the world today.

After being certified as a da Vinci original, the piece of art was painstakingly restored, a process that took years.

The successful bidder at Christie’s remains anonymous for now. Post-sale, the painting will be exhibited at different museums and art galleries across the world.