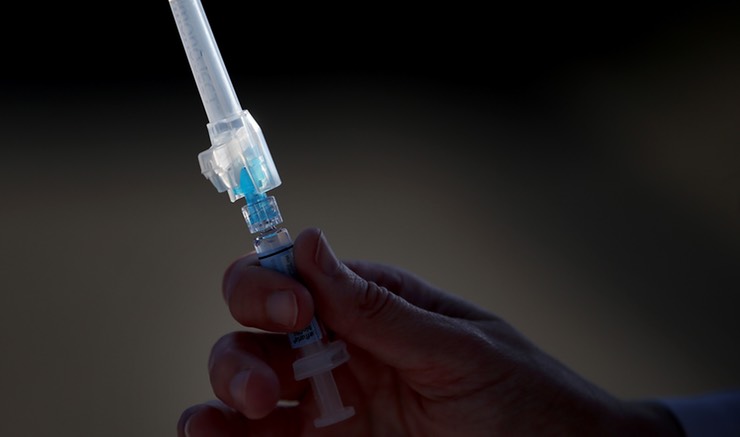 The state of Arkansas is gearing up for a historic feat in its penal system.

Starting next week, eight death row inmates will be put to death within a span of just 11 days. Why the rush to kill, you might ask?

Well, the batch of one of the drugs intended to be used, midazolam, will run out of date shortly after the last killing takes place.

The morality of capital punishment, questionable as it is, does not even come into the equation here. Eight men will be put to death purely because of a stock logistics issue. This circumstance cannot be underestimated. The judicial reasoning behind the decision is based purely on a product’s expiration date.

Midazolam is one of the drugs administered to the inmate during the process of inducing death. It is a powerful, fast-acting sedative, meant to render the condemned unconscious. Midazolam is a widely available and inexpensive drug, commonly used for the treatment of epileptic seizures and in anesthesia and sedation procedures worldwide.

But in recent years, midazolam has been chosen for a far more sinister purpose.

Traditionally, pentobarbital would have been used as the sedative drug, but its manufacturer banned the US Government from using it in judicial executions. Thus, the penal system turned its eyes to the cheapest option, midazolam.

Clayton Lockett was a 38-year-old murder convict and death row inmate at Oklahoma State Penitentiary in McAlester, Oklahoma. Lockett’s execution took place on April 29, 2014. It was rushed ahead of schedule because a second inmate was due to die that day.

The process went wrong from the very beginning. Prison officials declared Lockett to be “unconscious” shortly after administering the sedative agent, midazolam. However, Lockett suddenly woke up and attempted to rise and talk. Over 40 minutes of writhing agony ensued, before the condemned died of a heart attack. The second execution was halted.

The scheduled execution of Ronald Bert Smith in Alabama on December 8, 2016, also went wrong shortly after midazolam was injected, once again calling the use of the drug into question.

A conveyor belt of state-sponsored death

The execution schedule has been set as follows: Two prisoners, Don Davis and Bruce Ward, will be put to death on 17 April. Three days later, Stacey Johnson and Ledell Lee will meet their fate, followed by Marcel Williams and Jack Jones on 24 April, and Kenneth Williams on 27 April.

Arkansas’ Governor, Asa Hutchinson, has already signed the death warrants for the eight men due to be killed. And in doing so, he has violated the state of Arkansas’ clemency laws. The state’s law book specifically rule that clemency hearings must take place 30 days before the due execution date, and that each condemned man must be allocated a two-hour hearing time with an independent board. But the unexpected and rushed decision by the Governor meant that some of the inmates scheduled to die did not have time to file in their requests for clemency hearings.

Now, Arkansas (where no execution has taken place for the last 12 years) is attemping to set a grim world record, one that has been marred by controversy since it became known. Not even Texas, a famously ‘death happy’ state, has ever carried as many procedures in such a short space of time.

Setting legal justifications aside for a moment, putting a fellow human being to death -even by legal means- is a hugely traumatic experience.

Hutchinson’s ruling will put the execution team under exceptional duress. They will be tasked with killing eight people, one after another, in a very tight time span. The potential consequences and psychological sequels may prove too much for some of them to bear. Even if the executions were to run flawlessly, such conveyor belt of death would exact a grim psychological toll on the participants. Those involved in the process often experience trouble sleeping, recurring nightmares, and end up developing psychological issues. Two dozen former correctional officers involved in executions have signed a petition pleading with Governor Hutchinson to reconsider his decision.

The legal teams involved will also fall under intense pressure. Their job is to keep the inmates alive for as long as possible, which often involves last minute phone calls, emails, and tense time waiting for replies that could mean the difference between life and death. Several inmates share the same lawyer, which means an even more increased and stressful workload.

The issue of killing in the name of law and justice has long been a contentious one. Miscarriages of justice have happened, either purposely, or by mistake. People have spent long decades in death row, and even died, when they didn’t have to.

The morality of death penalty is an issue that will never go away, and whether you think it’s justified or not, it’s your own personal view.

In the midazolam case, there certainly are no moral winners. Death has been trivialized and reduced to an issue of ‘kill before expiration date.’

If Arkansas goes ahead with the executions, life will turn into a pawn of stock taking.