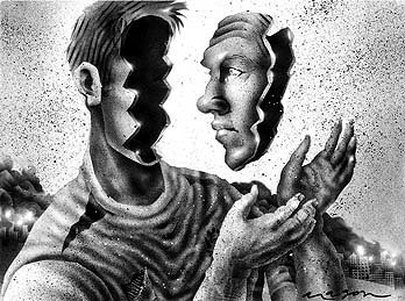 Imagine a world where everyone had a virtual personality, owned and governed by themselves. Not simply a legal persona validated by a record kept in a public entity’s computer, nor a figure endorsed by a social media platform. A world where self-sovereign identity is the normality.

Identity is a purely human concept, inherent to us all since the moment of birth. Identity, unlike riches or happiness, is a birthright. We are unique beings, but for the briefest of times. School is the first step in the long road towards losing our identity. Once we become part of society, our identities begin to dilute in a quagmire of societal complexities.

Social security numbers, insurance records, dental records, police histories, they all chip away at our birthright, one computer keystroke at a time.

The issue here is centralization, the concentration of power in central hubs of control and governance. The Social Service database, the school database. Service providers, you name it. Stop and think of how many places hold your personal data right now.

Entrusting your identity to one (or a hundred) centralized political or technological hubs may lead to a crucial consequence for the individual: The denial of identity by that entity. Someone might be denied a driving licence, or a loan, or may be declared persona non-grata for a variety of reasons, an undesirable in the cold eyes of the centralized core. One by one, the pillars of our own very identity, who we are since birth, begin to crumble.

There has been a push over the last two decades or so to reclaim this loss, via self-sovereign identity, i.e., the recovery of one’s birthright. The right to be who we are, not what we are told we are, or allowed to be.

Starting in the early 1990s with the advent of the internet, Pretty Good Privacy (PGP) introduced the concept of a ‘Web of Trust’, which called for the validation of a digital identity by means of public keys, enacted by validators. In theory, anyone could be a validator in such environment, and the goal was to certify that someone was whom they said they were behind their digital self. This was an early attempt at decentralization, of taking away the power from a single, central point of control. Nevertheless, the PGP model relied on email addresses, which meant a certain level of hierarchical structure was needed.

Ultimately, PGP failed, but the seed of decentralization had been sown.

Fast forward to circa 2004. The advent of blockchain technology prompted the rebirth of decentralization, and this time, it was to be a lasting concept.

Blockchain’s raison d’etre is to foster and promote trust (and the sacred safeguarding of identity) through a decentralized, self-governed ecosystem where there is no centralized autocratic entity.

Now, IDMoney intends to use blockchain to promote the key concept of self-sovereignty, whereby an individual’s identity stems from his own human condition, rather than be spawned by a bureaucratic web.

The key principle here is that identity is purely human status, not an administrative condition.