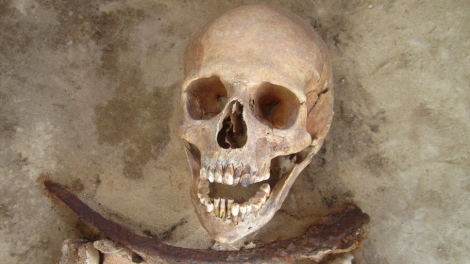 The quaint and idyllic village of Wharram Percy, north Yorkshire, is now believed to have borne witness to some appalling and wanton treatment of the recently deceased.

According to research conducted by members of Historic England and the University of Southampton, parts of Yorkshire became heathen ground between the 11th-14th centuries.

Scientists studied 137 fragments of human skeletons found in the area over 50 years ago and discovered charring and cut marks from wounds likely inflicted post-mortem.

And these malevolent folk were believed to carry on with their wicked activities after death, so villagers took executive action and hacked and burned the corpses before they could rise.

Beheading, crushing bones, and burning the bodies was thought to be a surefire way to quell the living dead rebellion.

The remains found around Wharram Percy seem to prove that such misguided beliefs went on around Yorkshire back in Medieval times.